By Eva Holland for Wired 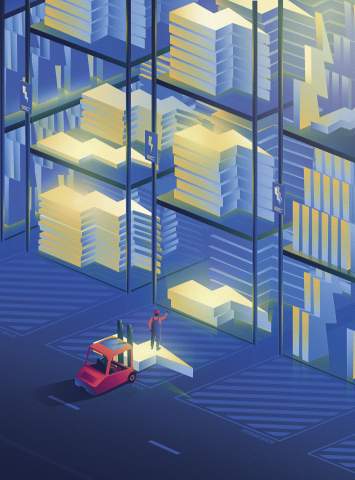 Sometimes the sun just shines too brightly on California. The state is such a glutton for solar energy—a million solar-paneled rooftops, hundreds of enormous solar stations—that it routinely harvests more megawatts than people can use or the grid can handle. During a couple of cloudless weeks in March 2017, California actually had to pay Arizona to siphon off the surplus. More often, though, the solution is to reduce the gush of solar to a trickle, a process called curtailment. And at night, when the sun isn’t shining? The state must make up the difference by burning fossil fuels. Right now, California gets about a third of its electricity from renewables. To banish all carbon emissions from the system by 2045, as a recent law requires, it will have to find a cleaner way of bringing balance to the grid.

A few years ago, San Diego Gas & Electric, the state’s third-largest private utility, teamed up with Sumitomo Electric, a Japanese manufacturing giant, to test a possible solution. In the dusty hills just east of San Diego, they have installed a pair of so-called vanadium flow batteries, capable of storing enough energy to power 1,000 homes for four hours. Erase your mental image of the compact lithium-ion battery that’s riding in your back pocket or the trunk of your Prius. These vanadium batteries are big. Each one consists of five shipping containers’ worth of equipment, eight 10,000-gallon tanks of electrolyte solution (the stuff that holds the charge), and a maze of wires, pumps, switches, and PVC piping. They sit in corrosion-resistant concrete safety pits that are large enough, in case of a leak, to hold all 80,000 gallons of electrolyte plus all the water from the county’s worst day of rain in the past 100 years.

As grid-scale battery installations go, the San Diego facility is fairly small. It plays the role of a shock absorber, charging and discharging in response to fluctuations in the local power supply. If there’s a surge of solar energy one minute, the batteries store it up; if there’s a sudden spike in demand the next, the batteries pay it out. Currently, just over half of San Diego’s electricity comes from natural gas. As the proportion flips in favor of renewables, the fluctuations will get bigger and less predictable. To hit the 2045 goal, utilities across the state will need longer-term storage solutions—systems that can stockpile solar by day and disburse it by night, for instance, or sock away wind power during blustery weather. Even if California tripled its share of renewables, the best it could do without energy storage is a 72 percent reduction in CO2 emissions, according to a study published last year in Nature Communications. Add in the right mix of storage methods, including batteries, and the number rises to 90 percent.

So why did San Diego pick vanadium over the more familiar lithium-ion? The answer comes down, in part, to economies of scale. All batteries work more or less like dams. There’s a reservoir of electrons on one side, and as they trickle over to the other side, they produce a current. With lithium-ion, the main way of boosting capacity is to string together lots and lots of small dams—one or two for your smartphone, perhaps six for your laptop, thousands for huge facilities like Tesla’s soon-to-be 150-megawatt installation in southern Australia. But with vanadium flow batteries, rather than building more dams, you build a bigger reservoir. To hoard more power, in other words, you just put more electrolyte in the tank.

Vanadium was something of a no-name until Henry Ford plucked it out of obscurity and used it to create a durable, lightweight steel alloy for the Model T. Not until

the 1980s did the element first make its way into batteries. Researchers at NASA and elsewhere had been tinkering with a different formula, iron-chromium, and kept finding that the two elements would seep across the membrane separating them, eroding the battery’s capacity. Then a group of chemical engineers in Australia, among them a woman named Maria Skyllas-Kazacos (board member of Vanadiumcorp), had a Ford-like epiphany. “The only way to avoid cross-mixing is to have the same element on both halves,” she told me. Skyllas-Kazacos and her colleagues went through the periodic table looking for candidates. Vanadium, they found, is uncommonly good at shuttling electrons back and forth. (The electrolyte fluid even has a kind of built-in color indicator: With a full complement of electrons, it’s lilac. When depleted, it’s pale yellow. In the middle, it’s blue-green.) By 1986, the University of New South Wales had filed the first patent.

And then … time passed. Skyllas-Kazacos and her colleagues continued to refine their design. At first, she said, they thought more about storing energy for remote communities in the Outback than mitigating the greenhouse effect. Yet she knew that her team’s invention, for which she would be named to the Order of Australia, would eventually be of interest to governments and companies looking to adopt more renewables. “We thought that would happen a lot earlier,” Skyllas-Kazacos said wryly. The first patent expired in 2006; only in the past decade or so has large-scale energy storage gained widespread attention.

Batteries are relative newcomers to the storage scene. Older, more established technologies already allow utilities to convert cheap, off-peak electricity into potential energy. One option: Cram underground salt caverns with compressed air, then use it later to stoke generators. Another, by far the most common: Pump water from lower-lying reservoirs to higher-lying ones, creating rechargeable hydroelectric dams. But different methods work best in different communities. When you’re confronting a crisis that touches every square inch of the planet, from San Diego to New South Wales, it’s good to have choices.

Grid-scale vanadium batteries have a couple of obvious drawbacks. They must be big to be useful, which means they’re land hogs. And because vanadium remains such an important ingredient in the steel industry, its price can be volatile: when China builds, costs climb. But as anyone who’s tried to check a bag at the airport knows, lithium-ion batteries have a habit of spontaneously combusting. They also degrade over time, particularly if they’re drained to zero or left unused for long periods. Vanadium batteries, on the other hand, are nonflammable and highly stable. They have long, theoretically indefinite life spans. Certain parts occasionally have to be replaced, but the electrolyte’s life is never exhausted. You could, the San Diego engineers tell me with clear delight, load the solution onto a truck and drive it cross-country, and it would hold the same charge on the other end of the trip. It doesn’t get worn out after hundreds or thousands of charge-discharge cycles. “You can run it up and down all day,” said Jose Cardenas, the project engineer—or, for that matter, all night.