Batteries included: How Australia is charging up for a revolution

By Ewen Hosie for Australian Mining 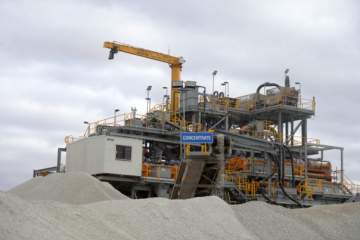 The rise of Australia’s battery metals sector over the last few years — particularly in Western Australia — is proving indicative of a wealth of potential that is yet to be fully tapped.

A surge in battery mineral mining activity has coincided with a growing need for materials to service the increasing popularity of electric vehicles (EVs) and on- and off-grid energy storage solutions.

Lithium is the big dog in the race, with Australia responsible for about 60 percent of the world’s output in 2018, according to statistics from the United States Geological Survey (USGS).

The material is sought after for its use in rechargeable lithium-ion (Li-ion) batteries, which are used to power electric vehicles (EVs), mobile phones and tablets, laptops, games consoles, power tools and a host of other applications. The exact composition of the batteries varies by application, but they tend to feature lithium cobalt oxide cathodes and graphite anodes.

In particular, the rising popularity of EVs, which includes cars, trucks, rail, planes and even spacecraft, is expected to fuel demand for these batteries as countries around the world look to meet their emissions targets and combat climate change. Several lithium projects in Western Australia are set to start or expand production in 2019.

The United States-based company is also developing the Wodgina lithium project in a joint venture with Mineral Resources. The two companies will split the costs down the middle, providing $US1.15 billion ($1.65 billion) each to design and construct a lithium hydroxide plant capable of producing up to 50,000 tonnes of battery-grade lithium a year.

Talison Lithium, a JV between Tianqi Lithium and Albemarle, also secured environmental approval from the Western Australian Environmental Protection Authority (EPA) for the latest expansion of the Greenbushes lithium mine in May.

Wesfarmers, meanwhile, has proposed a takeover of Kidman Resources to gain access to the Mt Holland lithium project.

In fact, the Western Australian lithium space looks crowded over the next few years, with Altura Mining, Galaxy Resources, Pilbara Minerals and Alliance Mineral Assets others vying for a slice of the battery pie.

According to the program’s initial prospectus, it will “provide leadership for Australia to participate meaningfully in the future battery industries value chain”.

The Commonwealth grant supports a six-year period for the program, with an aim towards providing something bigger throughout the program period, rather than winding down at the end, explains FBI CRC chief executive officer Stedman Ellis.

He says the genesis of the CRC’s proposal came from growth centre METS Ignited, which identified a significant paradigm shift in terms of renewable uptake and the ways in which energy was being stored and deployed. Curtin University took leadership of the idea as the CRC’s host university.

“Western Australia hasn’t been the home to many cooperative research centres when compared to the number on the east coast,” Ellis explains. “Curtin has played a very significant leadership role in putting together a consortium of 58 participants.”

Ellis says sustainability is of key importance to the CRC in keeping with the environmental benefits large-scale battery production could bring to society in future.

“The scale of the shift in the use of batteries is going to be really important that we sustain and manage the environmental benefits that come from the greater use of batteries in storing and deploying energy,” Ellis says.

“Part of that involves doing the research that can assist in understanding how we can construct batteries with the end in mind, including how they might be recycled rather than ending up in landfills.”

The company started producing at Bald Hill in the Eastern Goldfields in July 2018, five months before completing a merger with Tawana Resources.

Bald Hill has reached nameplate capacity and continues to ramp up in 2019. The company achieved a production record in the March 2019 quarter and signed an agreement with Chinese company Jiangte to sell its product for downstream battery cathode production.

“It’s good for driving research together with corporates and getting them to work together,” Calderwood tells Australian Mining.

“We’ve been looking at proposals for the CRC and while we haven’t done anything yet, there’s lots of research that the industry can do to really improve downstream processing.

“CRCs have been going for a while but to have a more focused one involving battery materials is a very good idea.”

Australia is no one trick pony when it comes to battery metals, either. Commodities such as vanadium, rare earth elements (REEs), nickel, cobalt, graphite, zinc and manganese are all well-represented by various projects across the country, something that will also be reflected by the CRC.

Australian Vanadium stakeholder engagement manager Sam McGahan says lithium is an important metal, but the CRC could give a “louder voice” to other battery metals through a process of democratisation.

Where lithium has been vaunted for its EV applications, vanadium occupies a different space, being better suited to large-scale energy storage projects.

“I think the CRC will give us a much louder voice internationally. There are different strands for each mineral (including a vanadium subgroup) within the CRC,” McGahan says.

“The vanadium wing of the CRC has got two remits we’ve decided to go with. One is the uptake of vanadium redox flow batteries in Australia, which will help to grow that market here. The other involves researching how to process the mineral in the cheapest way to get the highest possible grade of vanadium electrolyte.”

McGahan says another benefit vanadium has over lithium is its stability. One of the downsides of lithium-ion batteries is the flammability of their electrolytes, a trait also known as thermal runaway.

This is a property that led to high-profile incidents such as Samsung’s 2016 recall of the Galaxy Note 7 phablet, which was prone to catching fire. McGahan says vanadium’s high heat tolerance could lead to new chemistries for rechargeable batteries in the future.

“There’s a lot of research going on around the world about who can crack that perfect chemistry first,” she explains.

“Producers started to move away from cobalt because of child labour issues in the Congo, and regarding lithium, there’s the search for that combination that will make the best possible solution. Everyone is keeping their cards quite close to their chest.”

Australian Vanadium managing director Vincent Algar says the company sees an opportunity to place vanadium on the map by being involved in the CRC.

“Our ability to offer (cash) funding to the CRC was limited at the beginning, but what we’ve decided to do is offer a lot of ‘in-kind’ knowledge,” Algar explains.

“This includes our internal vanadium knowledge internally, as well as our knowledge around vanadium flow battery implementation and marketing through our subsidiary, VSUN Energy.

“We have also shared our knowledge of electrolyte development, which is the fuel in the vanadium flow battery if you like.”

Ellis says the CRC has the potential to not only promote Australia’s raw commodities strength in the battery metals sector but also serve as a stepping stone towards sustainable domestic battery production down the track.

This includes taking the next step in the value chain from mining and refining to precursor production of advanced battery components.

Calderwood believes Australia’s capacity as a battery producer is limited by the high costs associated with working in the country, but also adds the addendum, “never say never”.

“There’s a lot of downstream potentials here in WA to take spodumene and turn it to a cathode material or something similar,” he says. “I think building the batteries in WA is a fair way off but at least producing the cathode materials and all that stuff is an area that can really be encouraging for the conversion of the product in WA.”