By InvestorIntel for Christopher Ecclestone 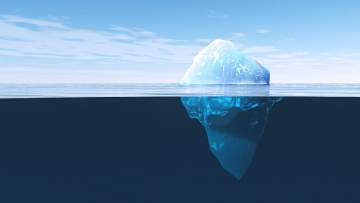 They say that what one sees of a typical iceberg is only 10% of the total mass. One might liken what one sees of Neometals Ltd. (ASX: NMT) (the lithium producer) to this situation. The largely unseen part of Neometals is its Barrambie project. When we first came to know this asset it was competing with Mt Marion for pole position in management’s affection and was then styled as a Vanadium project. Its main “competitor” was Atlantic Ltd.’s Windimurra project/mine which persisted in the face of low V prices and came to grief. Neometals restyled Barrambie as Titanium (primarily) and has lived to tell the tale.

In light of the massive surge in Vanadium prices in recent times it is worth revisiting what Neometals have in this space.

This project is located 80 kms north of Sandstone in Western Australia and is 100% owned by Neometals. The deposit was discovered by Hector Ward in the 1960s and was acquired by Neometals (then Reed Resources) in April 2003 from Precious Metals Australia Ltd. and Magnum Properties Pty Ltd.

The Prefeasibility Study for Barrambie was published in September of 2015 and signaled that Barrambie had the potential to be a viable hard-rock titanium mining and processing operation.

The mining operation was envisaged as being rather compact as the ore is contained within 14 pits that strike north- south along the ore body and have a maximum depth of 70 vertical metres. The LOM strip ratio was expected to be 2.9:1. Mining costs were estimated at AUD$25.60 per tonne of ore with an extra AUD$6.65 per tonne as ore movement cost.

The PFS presumed the construction of a mineral processing facility to treat run-of-mine ore. This ore would be crushed, screened and concentrated at the minesite and the concentrate trucked to a processing facility near Kwinana (the state’s major port/industrial complex), where high purity titanium, vanadium and iron compounds will be produced.

The development scenario envisaged by the PFS was:

The proposed process for the CPP comprises the following steps:

I find it worth noting that Vanadium is the first metal recovered by this process, precipitating an AMV product before calcining to V2O5, packaging and transport.

The V will be a significant co-product from the Neomet Process when applied to Barrambie. This will mean the V cost will be down in lowest quartile as really there is only minor reagent use to recover. No mining/crushing/beneficiation/leaching cost is attributable.

In these days of wildly fluctuating prices the price assumptions used in studies can quickly become outdated. This is to some degree unavoidable however using heavily discounted prices certainly reduces that risk. The economic model of the Barrambie PFS assumed conservative, real long-term prices of US$1,838/t for titanium dioxide, US$14,873/t for vanadium pentoxide, US$520/t for synthetic iron oxide pigment.

For vanadium, at least, that reads like ancient history as the liftoff in the price now has the metal trading at over US$24,500 per tonne. That’s a full $10,000 per tonne over the price used in the PFS.

At the time of the PFS’s publication the prices used were lower than the reigning market rates and, particularly in the case of the synthetic iron oxide pigment price, the assumed price was discounted by 30% to the long term price (out to 2025). The output of Barrambie in this mineral will constitute 20% of current global production, hence a significant new addition to global supply.

Firstly it is useful to note that the model also used an AUD exchange rate of US$0.75 (currently around 79.8 cts to the USD).

As can be seen in the table that follows summarizing the key metrics of the project the minelife is very significant at nearly 20 years and with payback after four years, the period for which the project will be free-carrying is significant.

In recent days the company announced some significant high‐grade intercepts returned from recent metallurgical drilling include:

Neometals has begun pilot‐scale beneficiation test work on Barrambie ore to produce concentrates for the ‘Neomet Process’ Pilot Plant and for a Direct Shipping operation.

With Lithium having been the main event at Neometals for so long it’s a challenge to remember that the company has another key facet. Even those that do know of Barrambie, unless they have very long memories, will think of it mainly as a Titanium story and forget its Vanadium origins.

The market’s mood swings on Vanadium and Titanium in recent years made it difficult to decide which one should be developed first. However from being level pegging in the past, the Titanium component came to the fore in the 2015 PFS as the largest component by value by far. The decision was made easier at that time as Vanadium’s linkage to the steel industry had made its price performance less than scintillating. Now the metal is storming again and it begs the question as to whether Barrambie can be restyled as a Vanadium (first) project at economic Capex and Opex levels.

Neometals’ management knows how to “talk the talk” on Vanadium at Barrambie. It will be interesting to hear what they have to say. It could very well end up being the tail that wags the dog as far as project economics go.