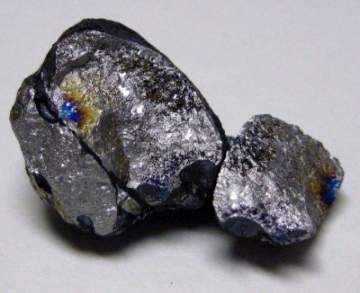 Vanadium prices have climbed to four-year highs due to tighter supplies created by a shift in production processes and stringent environmental policies in top producer China.

Vanadium is used to strengthen steel and in a new generation of batteries, which advocates say has advantages over lithium batteries in terms of grid storage.

There is a current shift towards more vanadium being produced from ore rather than as a steel by-product while China tackles environmental regulations, traders and analysts said.

Ferrovanadium VAN-FERRO-LON prices have risen nearly 23 percent this year on the spot market in Europe to around $28 per kilogram, levels last seen in April 2013.

Vanadium pentoxide VAN-PENT-LON prices also hit their highest since April 2013 at $6 per pound. Prices have risen 29 percent this year.

Earlier this month, mining and commodity trading firm Glencore said it produced 5.1 million lbs of vanadium pentoxide in the first quarter, down 10 percent from the corresponding quarter last year, due to ongoing maintenance.

“Demand at the moment is possibly a bit bigger than supply… The Chinese government may increase the requirement of vanadium in rebar so that the steel rebar is stronger, further increasing the demand,” a London-based trader said.

China has been closing mines causing pollution and a lot of magnetite production is currently shut down, SP Angel’s Meyer said.

China and Russia have dominated global production with around 60 percent of vanadium output, mostly as a by-product of steel-making.

Most of the rest comes from South Africa, where it is produced directly from vanadium ore.

“There were a lot of cutbacks two years ago in South African production…stock levels are not that high,” a London- based trader said. (Reporting By Eileen Soreng and Nallur Sethuraman in Bengaluru, Editing by Pratima Desai and Ed Osmond)