By Melissa Shaw for INN 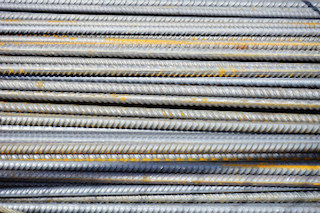 China may introduce new standards that would up the amount of vanadium required in rebar products. The move could come as early as next month, and looks set to significantly boost vanadium demand in the country.

An official at the China Iron & Steel Research Institute said earlier this month that the revised requirements for the standard tensile strength of rebar products in China could increase vanadium consumption by 30 percent, or 10,000 tonnes per year. The official told Metal Bulletinthat the revision is “very likely to be released in September.”

Dmitry Glushakov of investment bank VTB Capital said, “the new standard is dedicated to increase earthquake resistance of rebar used in construction.” He added that the new Chinese regulations and could add “further positive momentum” to vanadium prices, which have rallied over the past few weeks.

Environmental inspections have been cited as a contributing factor to the recent increase in vanadium prices; some factories have been suspended or forced to close after failing to meet current standards. China currently produces about 50 percent of the world’s vanadium.

The major use of vanadium pentoxide is in the production of ferrovanadium, which is used heavily in steel manufacturing. The material also has some applications in cathodes for lithium-ion batteries.

Demand for vanadium is predicted to increase at a compound annual growth rate of 6 percent per year through 2020, partially due to increasing demand for vanadium redox batteries; these batteries are expected to become a greater part of the energy storage mix in the future.