The case for vanadium storage batteries is picking up speed

By Stuart Fieldhouse 19 Oct 2020 for The Armchair Trader 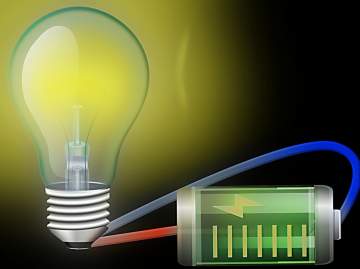 Wildfires raging across California in August have caused rolling blackouts, something locals have not seen since the state was held hostage by Enron at the start of the millennium.

Analysis from a number of state agencies, including the California Independent System Operator (CAISO) and the California Public Utilities Commission (CPUC), has revealed that the state’s energy market design was simply not fit for purpose.

Some of California’s problems, fires aside, may stem from the issue of storage. California needs to overhaul the way electricity is stored and many in the state are waking up to this. CPUC has said it will revise Rule 21, which governs how distributed energy sources – including clean energy – are connected to the grid. The state is looking at new ways in which energy storage projects can be connected, with the potential of a much more transparent energy grid.

California’s quest for better energy storage is playing into the hands of companies that have been pursuing specific large scale, industrial energy storage solutions based on vanadium flow battery technology. Unlike smaller lithium-ion batteries, these are designed to store power from clean energy sources on a massive scale.

Among those who could benefit is Invinity Energy Systems (LSE:IES), the vanadium flow battery manufacturer, which has been awarded funding for four projects from the California Energy Commission. CEC is known to be very focused on how it can build long duration battery storage into the state grid. It knows that if it is to reach its 100% renewable energy goals by 2040, as it is setting out to do, it will need at least a gigawatt of long-duration energy storage. Beyond this, independent studies also claim many more GW of 1-4 hour lithium battery storage will be needed.

CEC is planning the roll-out of eight projects – four built by Invinity Energy Systems – which will each be expected to include a 7.8MWh vanadium flow battery, with 8-10 hours of storage time and a 20-30 year life cycle.

California is also home to Community Choice Aggregators (CCAs) which are starting to pick solar-plus-storage solutions for its customers. Providers of clean energy are keen to build on these deals to also include energy storage as part of the package – e.g. Ormat Technologies (NYSE:ORA), which specializes in geothermal power among other renewables, has also acquired an energy storage facility in Pomona, and is working on another at Vallecito.

But California is just one snapshot of what is looking increasingly like a global trend. The UK this summer relaxed planning restrictions around the construction of large electricity storage batteries as it recognized these will play a critical role in the broadening British carbon neutral strategy. The UK currently has 1GW of operational battery storage units, with an additional 13GW under development or at the planning stage.

The global market for vanadium redox batteries is now estimated at $234m and is projected to reach $4.8bn by 2027, which translates into a CAGR of 54% over the period 2020-27. The US accounts for over 30% of the global market size while China is forecast to grow by 51% CAGR over the same period. Japan and Canada are also considered to be substantial growth markets in this space.

It is becoming increasingly obvious to many investors that the vanadium redox battery story is no flash in the pan. Apart from Invinity Energy Systems, companies like Bushveld Minerals (LSE:BMN) and Australian Vanadium (ASX:AVL) have also emerged as prospects with heavy exposure to the emerging vanadium battery market. In addition, Pineapple Power also announced it was planning to launch the first SPAC (cash shell) targeted at one or more dedicated opportunities in the vanadium battery space.