The long read: Go big, go with the flow

By David Gillam for PV Magazine 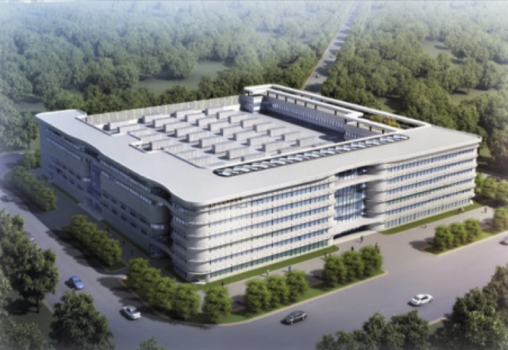 While lithium batteries have taken center stage for energy storage, vanadium redox flow batteries could gain considerable traction in 2020. In previous years, vanadium battery installations around the world have done little more than providing proof of concept and a testbed for manufacturers, argues David Gillam from Mastermines. He looks at what may have changed since then and why a surge in batteries utilizing vanadium may be closer than many believe, with China taking the lead.

Consumers around the world from all socio-economic groups readily trust lithium battery technologies. This recognition is likely to be a factor for the decision-makers in charge of new energy deployment. When technology becomes entrenched, those tasked with the final decisions may fall back on what is perceived to present the lower risk. Specialists can work alongside large, well-established multinationals with proven track records to mitigate risk perceptions over a longer period. In addition, the cost of lithium batteries has fallen sharply, as they have the benefit of economies of scale from both the storage and electric vehicle markets.

Vanadium flow batteries have teased both stakeholders and the new energy market in general so far. What should not be in dispute is that they are unique. They offer many advantages over lithium batteries, beginning with a lack of complexity that translates to impressive stability. In addition, they may be fully charged and discharged without damage and they can operate safely in a wide range of ambient temperatures. Add a relatively simple cell stack design and a more fitting description may be to tag them as long-lasting “energy machines” rather than batteries.

Further reluctance to embrace vanadium batteries relates to the lower entry cost of lithium batteries. However, this may be based on a misconception. Within an energy installation, it could be considered that lithium batteries are a consumable, and vanadium batteries an asset to be depreciated or possibly appreciated. It’s estimated that they will perform for around 20 years with almost zero capacity degradation. They use a single element for the electrolyte, resulting in less cross-contamination and thus avoiding the performance issues of lithium over longer periods. It is widely held that even after 20 years, the electrolyte may need filtering and could then continue for another 20 years.

These attributes form a key difference that many in the new energy world have missed. The electrolyte should not be viewed as a depreciating or consumable cost, but rather an asset that may increase in value over time. Indeed, suppliers such as Bushveld Energy are implementing leasing models for flow battery installations. The initial cost of the electrolyte and lower depreciation over decades is something that players should consider and attach value to.

This relationship between technology and resources is often misunderstood by the new energy market. There is a general perception that resources will always be available with little understanding of supply and demand metrics.

Generally speaking, higher quality lithium is used in electric vehicles, while lower grades find a home in static storage. A recent glut of low-quality lithium has decreased static storage costs and that situation is not likely to change in the short term. At a time when pricing has assisted the competitiveness of lithium batteries, it has also stalled continued growth of vanadium batteries.

Vanadium batteries are extremely susceptible to the price of battery-grade 99.5% V205 which makes up around 35% of the total cost. The market for V205 is mostly shared between its use for strengthening steel along with alloys and flow batteries as minor markets. Increased demand from steel caused a spike in prices from around $8/LB to more than $35/LB in late 2018 on the China spot market. Much of this demand was caused by an overestimation of the influence of the introduction of new Chinese rebar standards, and the effect on vanadium battery markets was immediate.

From early 2019 prices of V205 fell back dramatically to current levels of around $7/LB. In discussions with Chinese industry professionals, the consensus is that flow batteries are commercially viable at levels below $10/LB. By mid-2020, stable raw material prices will probably create a new level of confidence for manufacturers.

During the period of high V205 pricing, Mastermines found several flow battery projects on hold. A 200 MW/800 MWh flow battery planned for the city of Dalian, in China’s Liaoning province, appeared to be stalled. The battery was being developed by a consortium of Rongke Power, Bolong New Energy, and the Dalian Chemical Institute, with backing from the Dalian government. The size of a small city block, it will become the world’s biggest battery once it is completed.

Our sources indicate that the project is intended as a showpiece for vanadium flow battery technology. In 2018, Mastermines visited the site, which is adjacent to an existing thermal power station in Dalian’s Shakou district, only to find a billboard and empty block of land. Delays in the project were no doubt a factor that prevented these batteries from gaining traction in the energy storage market.

Capacity: Peak shaving of approximately 8% of Liaoning’s peaking capacity in 2020 when both stages are complete, as the province has a population of around 44 million and is heavily industrialized

With the return of vanadium price stability, funding for the Dalian “big battery” project has now been announced for the first stage of 100 MW/400 MWh, and it appears that construction is already underway.

Mastermines visited the site near the Dalian power station again in November with Australia’s Vanadium Resources Ltd. (ASV.VR8). Little had changed visually from the road and negotiating security made it difficult to discreetly capture images. However, it was evident that groundworks had started in earnest. Deep foundations toward the rear were evident and more activity was happening just out of view to the right. In typical Chinese style, construction of the project is set to be rapid, with stage one likely to be completed in mid-2020.

The Dalian battery will likely change the landscape for flow batteries. A battery this size will undoubtedly showcase grid-level applications. At the time of writing, the Chinese media and tender documents were indicating further planned installations, including another large 100 MW/400 MWh vanadium flow battery that may start construction in Wuhan.

Flow batteries should not be seen as competition to lithium batteries. Rather, they are a complementary technology that can work independently or in unison. They may be a better solution in certain installations where power companies take a longer view of cost, performance, and service life.

Manufacturers of flow batteries will increase investment amid new confidence that vanadium prices will remain stable. This pricing stability is critical, as batteries have the capability to soak up large volumes of V205 from a niche market. Mastermines expects pricing stability to remain throughout 2020, which is exactly what this emerging industry needs.

In the longer term, success will require the development of more vanadium deposits. That development comes at a high capital cost and will require backing from battery manufacturers and new energy funds. Without access to finance, industry success may stall as we return to high V205 prices that stifle growth.

While the emphasis of the industry has been toward grid-scale, these batteries are also well suited to many smaller energy applications. The capacity for off-grid applications in remote villages, farms, and islands is something that ideally suits flow batteries. The world is changing, and isolated communities now have the option to rethink solutions before committing to outdated infrastructure from traditional energy sources. Solar and wind combined with smart grids and storage solutions should be the focus for the future.

The big question remains with specifiers and financiers of large grid storage projects. Will they fall back on what they know and specify lithium batteries? Will the excitement of the Dalian big battery finally see them look more broadly at vanadium flow batteries?

What is clear is that China now controls an inordinate proportion of the supply chain for lithium batteries. This fact has not been lost on Western governments that many believe were late to the party. Once again, China appears to be taking the risks required to develop, scale and demonstrate the value of vanadium flow batteries. As early adopters of large-scale projects, it appears likely that history will repeat itself and once again China will reap the future benefits.