By Maximilian Court for Argus Media 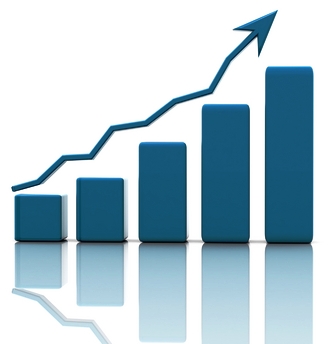 Vanadium market participants are becoming increasingly bullish in their outlooks for demand and prices, anticipating growth from both traditional and emerging end-use bases, along with price gains.

European prices for both pentoxide and ferro-vanadium have risen sharply in the past two weeks (see charts), incurring premiums to the fob China market that may or may not survive once the lunar new year holiday ends. Analysts from UK-based Alternative Resource Capital (ARC) and SP Angel expect duty-paid Rotterdam ferro-vanadium prices to stand at around $35-40/kg by 2022, which compares with a midpoint of $32/kg dp Rotterdam as last assessed by Argus on 12 February. Sellers are already pushing prices up toward that band, with offers lately touching $34/kg.

Europe’s current price hikes are partly underpinned by tight supply, with a lack of availability from China and major European producers sold out until the end of March. But in the longer term, it is the demand side of the equation that is dominating outlooks and bolstering price expectations.

Covid-19 vaccine rollouts and macroeconomic improvements are encouraging vanadium producers to look to the medium term, with construction projects in emerging economies catching up to the vanadium-intensity of those in more developed western economies. As demand for rebar in emerging economies — particularly China and India — grows, so too does the demand for steel with a higher tensile strength that allows for futuristic steel-intensive skylines like in Pudong, Shanghai.

Construction projects to prevent severe flooding along the Yangtze river are also a driving force for the recent doubling-down on growth in China, reflected in recent operational updates by some vanadium producers. South Africa’s Bushveld Minerals more than doubled its share of sales to China in 2020, to 21pc from 10pc in 2019 — equating to around 807t of vanadium last year.

SP Angel highlights a push to upgrade buildings and infrastructure in China’s richer eastern provinces that is set to coincide with a wave of new construction projects in central and western provinces to modernize living conditions for most Chinese citizens. Co-production of vanadium from magnetite iron ores could also be set to decline as China’s higher-cost domestic iron ore mining firms compete with lower-priced imported iron units. 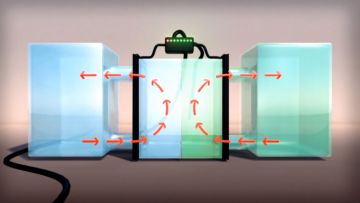 While the steel industry still dominates the vanadium demand base, growing attention is being given to the development of vanadium redox flow batteries (VRFB) and analysts caution that their medium-term ferro-vanadium price forecasts might turn out to be conservative if VRFBs take-off faster than expected.

Australia’s Atlantic Vanadium is also upbeat on the outlook for VRFBs and its impact on global vanadium demand, building a 7,600 t/yr operation to sell 99.6pc grade material by 2023.

Atlantic expects the battery sector to account for 50pc of demand by 2025 — a rapid rise has given batteries accounted for just 0.3pc of vanadium consumption in 2020. It remains to be seen if this would be feasible, particularly given market participants expect demand for vanadium from the steel industry to reach around 95,000t by 2023, which would imply the same volume for batteries and a doubling in global vanadium production. At an average greenfield capital cost of around $50,000/t, the industry would require almost $4.8bn of investment to close the supply gap if scaleable and accessible deposits can indeed be developed.

Canada’s Largo Resources is positioning itself for a potential boom in VRFB demand and does have a scaleable and high-quality deposit to move forward with. In December, Largo launched a vertically integrated VRFB business — Largo Clean Energy — to “provide clean energy storage systems to the fast-growing, long-duration renewable energy storage market”. Its VCharge± battery system is designed to have three times higher power density than others in the market and will be more reliable in production given its vertically integrated ownership structure, the company said.