Vanadium emerges from the shadows

By Ben Creagh for HotCopper

Is vanadium set to be the next star of the booming global battery market?

The metal, traditionally used as a material to strengthen steel, has made a comeback in the past two years as demand has re-emerged.

Prices for the metal have soared since July, continuing a rapid rise that started in early 2016.

China has again been the major driver of this price surge, with its iron and steel institute proposing to increase the amount of vanadium required in construction steel, boosting demand and consumption of the metal, as well as its value.

Prices for vanadium were almost twice the value they started the year by September. This increase followed vanadium also doubling in value during 2016, ending a multi-year decline where the metal almost fell into obscurity.

Currently, about 90 per cent of the world’s vanadium is used in the steel industry. It is, however, the metal’s use in energy storage batteries that has sparked a wave of activity at early-stage vanadium projects, both in Australia and internationally.

The battery potential for vanadium is what project developers are hoping will make the current improvement in prices sustainable beyond this year’s spike that has been generated by the steel industry.

Vanadium flow batteries, which are up to the size of shipping containers, can be used to store power for renewable sources of energy. They are recognised for their ability to smooth out peaks and troughs in power to make the supply more reliable.

ASX-listed junior Australian Vanadium is planning to time the development of its high-grade Gabanintha vanadium project in Western Australia to supply the rising market for the metal.

“If you look at the long-term price of vanadium it had been in the doldrums or well below the long-term average for three to five years,” Algar told Australian Mining.

“That slope and that sustained low has led to quite a lot of production cutbacks around the world. That’s led to the situation now where demand has been growing in the steel space and in the Chinese rebar space, which is a governing factor in the price environment.

“While that has been ticking along we have the situation where production has actually tapered back and you have a deficit situation.”

Australian Vanadium’s Gabanintha project near Meekatharra has emerged into one of the country’s standout vanadium prospects.

Algar is not only bullish about the possible timing of the project’s development to supply future demand, but also the site’s tonnage, high-grade resource and its proximity to quality infrastructure.

He said the company planned to supply both the vanadium battery market and steel industry with production from Gabanintha, if the operation receives final approval for development.

“We are taking a more traditional approach (at Gabanintha), which is a high-grade vanadium deposit where you can rely on a single commodity’s value,” Algar said.

“There are different options, but none of them are cheap in terms of development. In a rising market where you have relationships with key players, however, you can really take advantage of that.

“The underlying importance of any mining project of a relative size and scale is access to infrastructure – location is very important.”

This updated estimation is a 96 per cent increase in the overall resource compared to a 2015 estimation.

Australian Vanadium’s next priority at Gabanintha is to confirm the metallurgical and economic elements of the project, while also expanding the company’s understanding of vanadium electrolyte production and vanadium flow batteries. 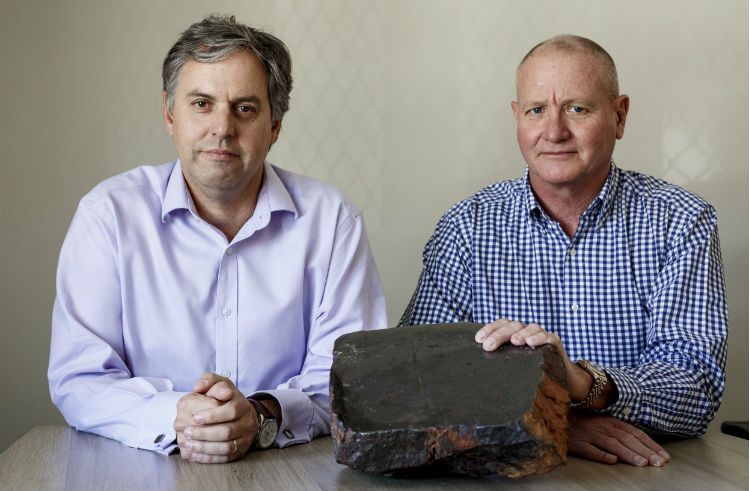 Algar said it had, however, been a challenge to educate a marketplace consumed with the rise of another battery metal – lithium.

He said lithium had rightfully been cemented in the market for its value in the battery sector, but vanadium’s place should not be overlooked.

“We think VSUN is helping us with the promotion of the capabilities of vanadium as a storage product, but it is up against a juggernaut,” Algar said.

“You have to really seek to differentiate it, look for the good stories and try to educate people.”

Algar believes mining companies involved in the vanadium sector need to work together to grow awareness of the applications of the “relatively unknown mineral”.

“We are really into the long- term benefits of what a very large-scale energy storage is about,” Algar said.

“There’s real payback in us pushing that industry forward and it also diversifies the market for you. You have the situation where the vanadium market is very hooked in with steel, so it rises and falls with steel.

“If you can create a diversification, then you also have the opportunity for vanadium to be involved in something different that isn’t driven by the same parameters, which is very good for the producers of vanadium.”

Achieving diversification in the vanadium industry would provide two distinct markets for producers of the metal – with energy “a great market to be locked into”’ next to the steel industry, Algar concluded.