$ 90 million for critical and strategic minerals 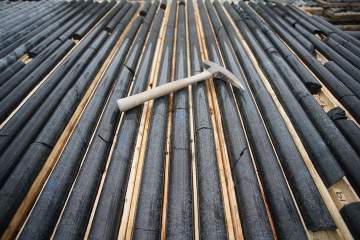 On November 2, the Quebec government made public its five-year plan to develop an economy and provincial autonomy based on critical and strategic minerals (MCS).

These MCS are, among others, lithium, graphite, nickel, vanadium, and indium, twenty-two minerals essential for the electrification of transport, the medical field, and smart devices.

The Québec Plan for the Valorization of Critical and Strategic Minerals 2020-2025 targets the exploration, exploitation, transformation, and use of MCS, and even their recycling.

The $ 90 million needed to implement this plan were already announced in the 2020-2021 Budget Plan last March.
$ 31.6M of the $ 90M is intended to increase knowledge and expertise on MCS. This step aims, in particular, to “carry out one of the largest campaigns to characterize our territory and to map Quebec’s potential in MCS”. A large part of the territory remains to be explored, particularly the north and east of Quebec.

$ 43 million will be devoted to setting up or optimizing sectors in an integrated manner in partnership with the regions producing MCS, improving support for basic exploration for MCS, and funding research on electrolyte batteries.

This part of the budget will also be used to set up multi-user infrastructure in order to reduce exploration and operating costs for mining companies. Discussions are already underway with, among others, the Société de développement de la Baie-James and Hydro-Québec to assess the possibility of entrusting the SDBJ with a mandate to operate Hydro-Québec aerodromes in Baie- James, who would turn them into multi-user infrastructures to facilitate access to the territory.

Finally, $ 9.4 million will be invested in the transition to a sustainable economy. We are talking here about the reduction and recovery of mining residues, recycling of SCMs through calls for projects promoting innovation.

The Ministry of the Environment and Natural Resources will be used to assess the potential of old mines, the tailings of which sometimes contain MCS.
In Havre-Saint-Pierre, scandium oxide is already produced from by-products generated by the production of titanium dioxide. Rio Tinto is currently experimenting with an aluminum-scandium alloy.

Finally, $ 6 million will be devoted to attracting foreign investment and promoting the sector.

For the general manager of the Table jamésienne de concertation minière (TJCM), Régis Simard, “this is a historic opportunity for the region to reach another level in its development with high-caliber secondary processing plants, international.”

Mr. Simard points out that the Eeyou Istchee Baie-James territory is particularly affected by the government’s MCS plan because of the presence on its territory of lithium, vanadium, and rare earth projects. He adds that the transport infrastructure projects linked to the agreement between Quebec and the Cree Nation align very well with this vision of development.

“An important condition for the success of the MCS strategy in the region,” he explains, “is that the 2nd transformation takes place according to an integrated vision, for example, a multi-user processing plant. He also recalls that this second transformation must take place close to resources for both economic and environmental reasons.

A downside from environmentalists

Several environmental groups reacted negatively to the government’s announcement, reducing it to a sector for batteries and electric vehicles, denouncing the lack of environmental protection surrounding the Plan.

“Quebec needs an electric shock for its battery strategy. The responsible ministers continue to affirm in the public arena that Quebec’s mines are already “the greenest” in the world, while this is quite simply false, “chanted the co-spokesperson for the Coalition Quebec better mine and national program coordinator at MiningWatch Canada, Ugo Lapointe.

The organizations castigate the words of the Minister of the Environment and the Fight against Climate Change, Benoit Charette, who suggested that no amendment was necessary to the law to subject any new mine to a review by the Office of public hearings on the environment.

This organization, as well as the David Suzuki Foundation, Équiterre and Action boréale consider that the Plan’s reduction at source and circular economy measures are timid. They demand that the destruction of watercourses by mining residues be prohibited, that the Mining Act be reviewed, and that the application criteria for territories incompatible with mining activity be broadened, while “ensuring the respect for local populations and indigenous rights .”

Caption: From 2020 to 2025, the government wants to increase its geoscientific work to identify new MCS deposits.