As someone who has taught U.S. Energy Policy and the Climate Change Mitigation and Adaptation Policy courses at UNR, I am appalled by the subservience of our president and Congressman Mark Amodei to the oil and coal industries in this country. Both deny humans have affected the climate, and there is no climate change. With 97% of climate scientists around the world documenting that we have very adversely the climate through our greenhouse gas emissions — most notably CO2 from autos, trucks and power plants — it’s hard to believe that they would continue to risk our children’s future and the planet’s by not trying to reduce our impacts. 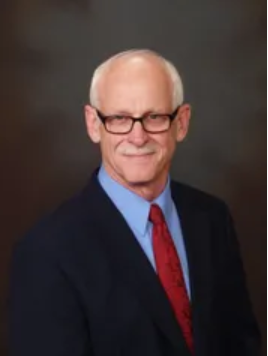 The impacts on Nevada are contained in the 2018 National Climate Assessment released by the federal government last fall, despite attempts by the Trump administration to suppress it. The NCA 2018 estimates that, without reducing worldwide CO2 emissions, Nevada’s hottest temperature will rise by 15 degrees to 140 from the previous record of 125 (1994, Laughlin) and our lowest winter temperature in the north will go from -15 degrees to +10. The demand for air conditioning just to survive will go through the roof in the mid- to southern portions of the state. The negative impacts on farming and ranching in our rural counties will be massive. The number and length of droughts will increase. And insects and species from Central America, like mosquitoes, will continue to move north.

The bottom line is that preparing for climate change is what the rest of the industrialized world is working overtime to do. China, the biggest polluter, is massively moving into electric vehicles and solar power to reduce its impacts on the climate and to prepare for the changes. All European countries, along with the rest of the world (less the United States), are taking steps to meet their CO2 reductions in accordance with the Paris Agreement of 2016. The U.S. was pulled out of it by Donald Trump in 2017 very shortly after coming into office. All of the European automakers already have at least one electric car and are beginning mass production of many models starting in 2020.

And what this means for Nevada is thousands of jobs and billions in dollars in revenues over the next 40 years because of our massive lithium deposits and their use in electric car batteries. It also means that our vanadium mineral reserves will also be mined and used in such things as the vanadium redox industrial scale batteries, which already exist in China and are used to store solar power for use at night.

We already have the largest lithium mine in America, Silver Peak Lithium of Esmeralda County. And we shortly will have a second and much larger mine in northern Humboldt County in the Thacker Pass area. That mine is run by Lithium Nevada of Reno (a subsidiary of Lithium Americas of Vancouver). They expect to mine 3.1 million tons of lithium carbonate over the next 46 years and to employ 800 highly paid employees during the startup years, and 292 permanent personnel for 40 years after that. They also plan to build a railroad extension line from Winnemucca to export the lithium which they will refine on site. They estimate the total revenues from lithium sales will be about 35 billion dollars, pre-tax. In addition to the two active mines, there are currently 22 other locations in mid- and Northern Nevada counties with active mining claims related to lithium. 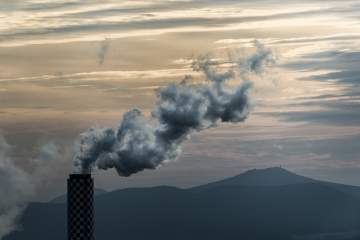 We already have many thousands of employees of Tesla and Panasonic in our area all dependent upon electric cars and home batteries for solar. And thousands more working for the clean energy solar, wind and geothermal industries. Why? The answer is the belief in human-caused climate change.

The bottom line is this: Belief in climate change and taking steps to reduce it and adjust to it is why Nevada already has and will get many thousands of jobs mining and using lithium and vanadium.

I urge all thinking Nevadans to call Congressman Amodei and urge him to get on board the clean energy train that will enrich rural Nevada and the Reno area over the next 40 years and will reduce our negative impacts on our environment. And if Amodei doesn’t change his mind and quit being Trump’s oil-soaked servant, vote him out of office.