Scientists claim that VO2 can outperform silicon and give rise to a new generation of electronics. This can create great opportunities especially in communication systems, neuromorphic computing, and high-frequency radars. The EU’s Horizon 2020 research program will be funding a project where vanadium dioxide can be used to outperform silicon and develop low-power electronic devices.

The compound can also be used to create radiofrequency electronic functions for aerospace communication systems, it was revealed by École Polytechnique Fédérale de Lausanne (EPFL) on Monday.

Vanadium dioxide (VO2) stands to change the way we control the flow of electrons through a circuit, scientists claim. It can also act as an insulator at room temperature but can behave as a conductor at temperatures above 68°C.

The EU Horizon 2020 project called the Phase-Change Switch will study this behavior, also known as metal-insulator transition. The project has been granted €3.9 million of EU funding. École Polytechnique Fédérale de Lausanne (EPFL) will coordinate the project after being chosen in a selection process.

Other applications of the compound, such as in neuromorphic computing and artificial intelligence, are also being considered. The project has already drawn the attention of two major companies, France’s Thales and the Swiss branch of IBM Research because of the variety of high-potential applications that could come out of the new technology.

Universities, such as Max-Planck-Gesellschaft in Germany and Cambridge University in the United Kingdom are also interested. A spin-off of Aachen University in Germany, Gesellschaft für Angewandte Mikro- und Optoelektronik (AMO GmbH) is also said to be participating in the research process.

Going from crystalline to metallic

Scientists have long known about the electronic properties of vanadium dioxide (VO2 ) but they have not been explained until now. It is now known that the atomic structure will change as the temperature rises. It goes from a crystalline structure at room temperature to metallic at temperatures above 68°C.

VO2 is also known to be sensitive to other factors that could cause it to change phases. These include injecting electrical power, optically, or applying a THz radiation pulse, according to researchers.

Recently, scientists have been able to make ultra-compact and modulable frequency filters. This technology also utilizes VO2 and phase-change switches. It is also known to be effective in the frequency range crucial for space

Reaching the full potential of VO2 has so far been difficult because the transition temperature of 68°C was too low for modern electronic devices in which circuits must run at 100°C.

But recently researchers were able to find a solution to this problem. They discovered that adding germanium to VO2 film can raise the material’s phase change

temperature to over 100°C. These discoveries may promote further research into applications for VO2 in very-low-power electronic devices.

Other application fields could include neuromorphic computing and high-frequency radars for self-driving cars in addition to space communications.

Vanadium dioxide is soon going to change the whole electronics, Vanadium, a neighbor of Titanium in periodic table is about to end the Silicon rule in electronics and revolutionize the whole industry, it would be possible to make new kind of low power consuming and less heating devices. The humble Vanadium dioxide may lead our space shuttles more near to Sun, as their circuits would be able to bear more heat.

Vanadium the Neighbor of Titanium 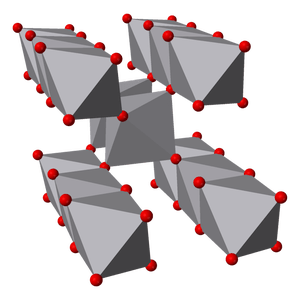 Vanadium also known as Divanadium Tetroxide, it is deep blue colored powder, it has Crystal structure. It is non flammable material and often used in surface coating, sensors and imaging. The current price of Vanadium alloy is about 32 dollar per Kg, which is continuously rising since two years. This alloy of Vanadium contains 35% to 85% Vanadium.

Vanadium dioxide does not follow the Widemann Franz Law

In 2017 scientists discovered the miraculous property of Vanadium dioxide; it can switch its conductor and thermal property in a nano second, Below 68  C it behaves like insulator and above 68  C it becomes a metallic conductor of electricity. Scientists named this behavior Metal-Insulator transition.

There is a basic law in electro dynamics called “Wiedemann-Franz Law”, which says that“Good conductors of electricity will also be proportionally good conductors of heat” but Vanadium dioxide did not 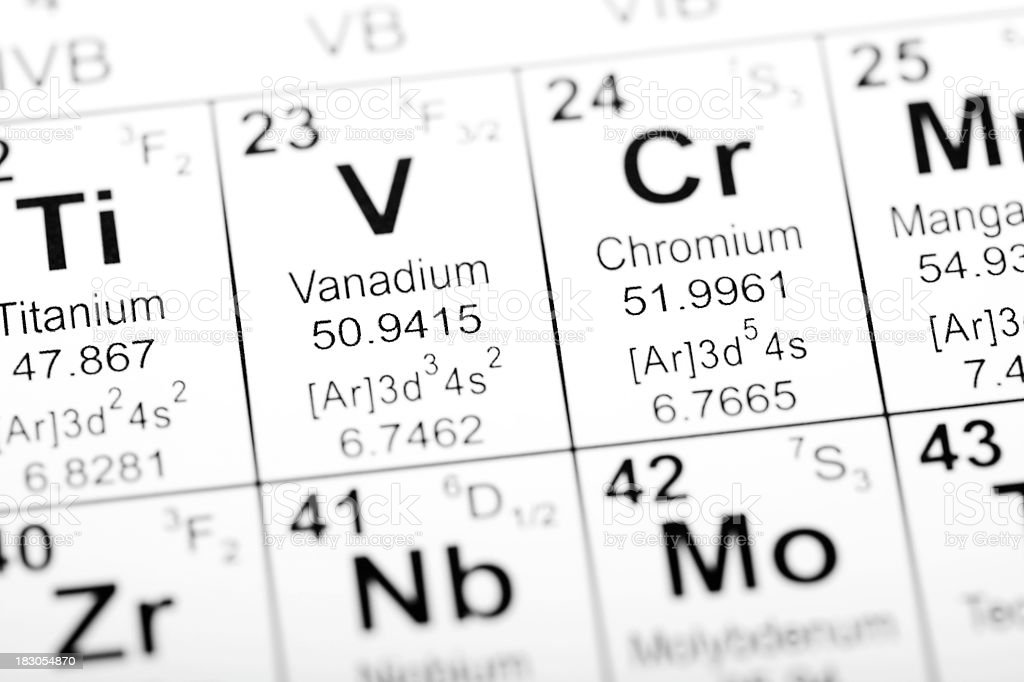 follow this rule. It changes its role as insulator and conductor according to temperature.

This remarkable discovery was made by a team of scientists from the Department of Energy’s Lawrence Berkely National Laboratory and the University of California.

“This was a totally unexpected finding,” said lead researcher and physicist Junqiao Wu, from Berkeley Lab’s Materials Sciences Division. “It shows a drastic breakdown of a textbook law that has been known to be robust for conventional conductors. This discovery is of fundamental importance for understanding the basic electronic behavior of novel conductors.”

“The electrons were moving in unison with each other, much like a fluid, instead of as individual particles like in normal metals,” said Wu. “For electrons, heat is a random motion. Normal metals transport heat efficiently because there are so many different possible microscopic configurations that the individual electrons can jump between. In contrast, the coordinated, marching-band-like motion of electrons in Vanadium dioxide is detrimental to heat transfer as there are fewer configurations available for the electrons to hop randomly between.” 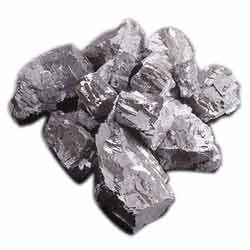 Many other elements are also know to show this property but they do it in very low temperature, which makes them impossible to use in electronics.

The Phase-Change Switch Project of EU

Now this most useful metal transition behavior is being studied in an ambitious EU Horizon 2020 Project called Phase-Change Switch. EPFL is chosen to coordinate the project. The project got remarkable 3.9 million! funding from EU.

Add Some Germanium in the Soup? 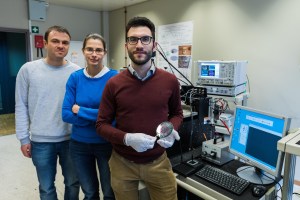 The transition temperature of Vanadium dioxide is 68  C, which makes it difficult to use in modern electronic devices. Now this problem is also solved by scientists, two EPFL researchers Ionescu from the School of Engineering (STI) and Andreas Schuler from School of Architecture, Civil and Environmental Engineering published a joint research in Applied Physics Letters in July 2017 which says that if we add Germanium to VO2, it can lift the transition temperature to over 100  C.

THz Pulse can also be used to change the transition.

Professor Adrian Ionescu, Head of the Nanolab and coordinator of Phase Change switch project says that “VO2 is also sensitive to other factors that could cause it to change phase, such as by injecting electrical power, optically, or by applying a Thz Radiation Pulse”.

You can find more interesting discoveries from the Nanolab in IEEE Access, scientists were able to make ultra compact modulable frequency filters by using VO2 phase changing switches, it is crucial for Space communication systems.

There are many low power electronics, Neuromporphic computing high frequency radars, AI Systems would be possible to make by use of VO2. Now would there be a Vanadium Valley in Europe like Silicon Valley?