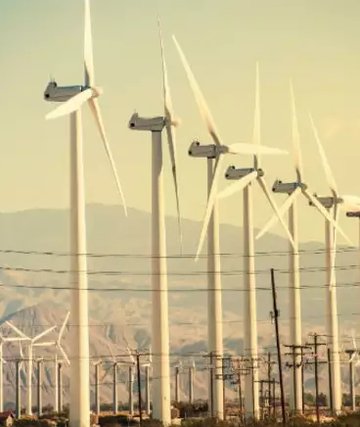 In absolute terms, wind is the second fastest growing energy source in the United States, behind natural gas. Worldwide, it is adding new capacity more than six times as fast as nuclear power and grew by the equivalent of about 104 natural gas–fired plants (enough to serve 5.2 million U.S. homes)—in 2005 and 2006, according to the Worldwatch Institute. As of December 2006, total worldwide wind capacity stood at about 74 gigawatts, according to the Global Wind Energy Council in Brussels. Wind power is touted for its lack of significant greenhouse gas emissions, water and air pollution, or radioactivity; anything that can increase wind power’s contribution toward meeting electricity needs will only further attenuate emissions of greenhouse gases and other pollutants. Some experts are now looking to vanadium redox-flow batteries (VRBs) to provide the boost that wind power needs if it is to reach the next tier of capacity. Already these units are modulating wind power in several significant installations around the world. Most recently, VRB Power Systems of Vancouver, British Columbia, which has patented the technology, announced in May 2007 that the Australian government is investing AUS$1.83 million toward deploying VRBs in remote communities across Australia.

Click the above icon for the full PDF version