What is vanadium and how is it made?

What are "Green Metals and metallurgy"

What is Green Mining?

What is extractive hydrometallurgy?

How is conventional iron made?

How is conventional steel made?

What is traceability in mining?

What is the history of Vanadium?

Vanadium was discovered in 1801 by the Spanish scientist Andres Manuel del Rio.

Del Rio had moved to Mexico as a professor of Chemistry and Mineralogy at the Royal School of Mines, Mexico City.

He named his new element panchromo or panchromium meaning ‘all of the colors’ because of the wide range of colors he had found when investigating the element’s salts.

He then renamed the element eritrono or erythronium, from the Greek word eruthros, meaning red. The new name was inspired by the red color which was seen when Group 1 or Group 2 oxide salts of the new element – for example sodium vanadium oxide – were heated or acidified

In 1805 the French chemist Hippolyte-Victor Collet-Descotils examined the lead ore and announced that erythronium was actually impure chromium – an analysis which, unfortunately, del Rio accepted.

Nothing more was heard of the element until 1830, when Nils Gabriel Sefström in Stockholm, Sweden, found a new metal in a Swedish iron ore.

He called this new element vanadium after ‘Vanadis’ the Scandinavian goddess of beauty because of the beautiful multicolored compounds formed by the metal. (4)

In the same year, German chemist Friedrich Wöhler reinvestigated the Mexican lead ore and found that vanadium was identical to del Rio’s erythronium. (5)

The metal was first isolated by Sir Henry E. Roscoe in 1867, in Manchester, England, by reducing vanadium chloride with hydrogen.

The vanadium mineral roscoelite was named in honor of Rocoe’s work.

Where is vanadium found?

Vanadium is not found as a free form element in nature. Some minerals containing vanadium include vanadinite, carnotite, and magnetite. The majority of vanadium production comes from magnetite. Around 98% of the vanadium ore that is mined is mined in South Africa, Russia, and China.

What are all the main uses of Vanadium?

Rebar and high strength low alloy steels represent the leading use of vanadium today. Some of the highest percentage utilization in a specific application is in the titanium-aluminum-vanadium alloy is used in jet engines, aircraft frames and for high-speed aircraft. Vanadium foil is also used in cladding titanium to steel. Vanadium-gallium tape is used in superconducting magnets. Vanadium is also used in paints and responsible for colors such as “School Bus Yellow”. Vanadium pentoxide is used in ceramics and as a catalyst for the production of sulfuric acid. The vanadium redox battery for energy storage may be an important application in the future that may require enormous amount of the element if mass commercialized.

Where are your mining projects located?

What are Vanadium Redox Flow Batteries?

How does the Vanadium Redox Flow Battery Work?

What is VEPT and what are the benefits?

Can you tell me more about Vanadiumcorp Resource Inc.?

How do I contact Vanadiumcorp Resources Inc with questions?

How do I invest? What are financings, PPs, warrants and options?

What is a new green economy?

The method of extracting minerals/metals from ore using water-based liquids.

The combination in one company of two or more stages of production normally operated by separate companies. For VanadiumCorp, it is the development of an integrated supply chain with its own vanadium mining projects in Quebec, jointly owned proprietary vanadium extraction technique and VRFB technology.

Any process that improves the value of mineralization by removing waste.

A drill having a hollow, cylindrical bit set with diamonds, used for obtaining cores of rock samples.

Vanadium(V) oxide (vanadia) is the inorganic compound with the formula V2O5. Commonly known as vanadium pentoxide, it is a brown/yellow solid, although when freshly precipitated from aqueous solution, its colour is deep orange. Because of its high oxidation state, it is both an amphoteric oxide and an oxidizing agent. From the industrial perspective, it is the most important compound of vanadium, being the principal precursor to alloys of vanadium and is a widely used industrial catalyst.[6]

Copperas is the industry name for Ferrous sulfate heptahydrate, iron sulfate, ferrous sulfate or simply referenced as iron salt that is recovered by the VanadiumCorp-Electrochem Process Technology “VEPT”.  Most conventional sources are produced as a natural by-product of the titanium dioxide (TiO2) manufacturing process and It can be used to produce animal feeds, cement, pigments, and in bio-gas and water treatment applications. 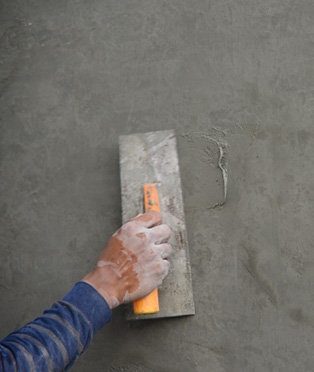 Ferrous sulfate heptahydrate, commonly known as copperas, is a green, water soluble, acidic salt, produced during the VEPT or the manufacture of TiO2. A cost efficient source of iron, we supply this secondary product to a variety of sectors, where it is put to good use in numerous chemical and industrial applications.

In the water treatment industry, ferrous sulfate heptahydrate can be used directly in water treatment plants to improve the coagulation and removal of elements such as phosphorus. In pigment production, copperas is a useful source of iron. Water-soluble and easy to handle, it is commonly used to produce red, yellow and black iron oxide pigments. Cement producers also use ferrous sulfate heptahydrate – harnessing its power to reduce chromium (VI) levels.

Ferrous sulfate heptahydrate can also be dried and oxidized to create other useful forms of iron.

When dried, copperas turns into ferrous sulfate thermal monohydrate. With a high concentration of iron (around 30%) this by-product can be used as a valuable supplement in animal feeds. In its oxidized form, ferrous sulfate heptahydrate is a liquid source of iron that can be used in water treatment, biogas treatment and mining processes.

Cradle-to-gate is an assessment of a partial product life cycle from resource extraction (cradle) to the factory gate (i.e., before it is transported to the consumer). The use phase and disposal phase of the product are omitted in this case. ie VEPT Learn more here….

The portion of an original liquid that remains after other components have been dissolved by a solvent is also called raffinate. In the case of VEPT in referring generally to all metal value recovered in solution from virtually any feedstock Learn more here….

According to Kirkey, “Green mining is defined as technologies, best practices and mine processes that are implemented as a means to reduce the environmental impacts associated with the extraction and processing of metals and minerals.

Rock that is mined but not processed.

The amount of waste rock mined relative to the of rock mined.

The plan for the way in which a company will mine in a particular area and for how long.