By Leigh Collins for Recharge News 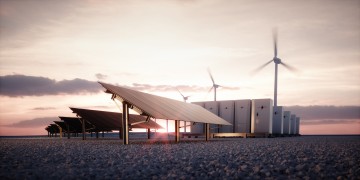 If you believe that lithium-ion batteries and pumped hydro are the only viable energy-storage options and that long-duration storage technologies are a long way from commercial reality, think again.

For instance, UK start-up Highview Power, a pioneer in liquid-air energy storage, which has begun construction of two 50MW commercial projects in the US (400MWh) and the UK (250MWh), while German industrial giant Siemens Gamesa has plans to build its first commercial projects of up to 500MWh next year using its hot-rock thermal storage solution.

What is also not widely known is that long-duration storage technologies such as these could reduce costs for grid operators in many parts of the world — if they are smart enough to recognize the opportunity, and if regulatory frameworks exist to enable to developers to make a profit on their operations.

“Sometimes people ask, ‘is lithium-ion your main competitor?’. Lithium-ion is not a competitor of anybody at this table,” Javier Cavada, chief executive of Highview Power, told Recharge’s digital roundtable, Energy Storage — Batteries vs Long-Duration Technologies, this week. “The competitor is to keep things as they are running today with thermal power generation, with gas peakers, and with the grid as it is today.”

This is because when a lot of wind and/or solar power comes onto the grid at the same time, much of that power often needs to be curtailed for two reasons. The first is that existing power lines cannot cope with the sheer volume of electricity, and the second is that wind and solar cannot provide many of the so-called “spinning” ancillary services that the grid needs, such as inertia and reactive power. This means system operators have to pay coal- or -gas-fired power plants — which have spinning turbines that supply power at the same frequency as the grid, unlike inverter-based wind and solar — to provide these services, resulting in “double payment”.

That is, the wind producer is paid for its curtailed energy, while fossil-fuel-fired generators are also paid to be on constant standby and for the aforementioned ancillary services.

Mechanical-based long-duration storage, such as liquid-air, hot-rock thermal and gravity-based solutions, can all reduce curtailment by storing energy during times of peak supply for use hours or even days later — so-called load shifting — and also provide the spinning reserves that the grid requires — immediately removing the need for curtailment payments and grid services from fossil-fuel generation.

Both liquid-air and the thermal solutions from Siemens Gamesa and Stiesdal Storage Technologies use off-the-shelf equipment that does not degrade in any way — unlike lithium-ion batteries — and are said to be cheaper on a per-MWh basis at grid scale.

“[The business case] is quite simple if you consider all the [grid] services that are currently provided by conventional power plants,” said Maximilian Schumacher, head of business development & strategy, electric thermal energy storage, at Siemens Gamesa. “There are some incentive schemes out there which actually reduce our Capex [capital expenditure]… [but] I’m not interested in any Capex reduction. We are cheap enough already… what we are interested in is a regulatory framework that makes the business case fly.”

Cavada agreed. “These technologies do not need subsidies. They need a contract for the services they deliver — that’s the key. We are now delivering a suite of services from short duration to medium duration to long-duration to [grid] stability to [grid] constraint management, to replacement of bigger infrastructure [ie grid upgrades to allow more wind and solar on the system at peak supply].

“The taxpayer is paying for… double payments, curtailments, blackouts and more [expensive] infrastructure. If you take a single country — Germany, the UK, the US, Chile, Spain [with favourable regulatory frameworks] — it’s a no-brainer to deploy hundreds of [long-duration energy storage projects]… of 100MW with eight hours or 12 hours of duration to replace all the double payment for the wind that is curtailed, to pay thermal for the coal or gas plant that is needed to stabilize the grid.

“And for that reason, we as Highview, we are in execution because there are already today a couple of markets that are able to provide you a contract.”

Cavada later told Recharge that Highview has a further eight projects at a late stage of development that could begin construction this year, with an average of ten hours of storage.

Schumacher told the Recharge roundtable that long-duration energy storage technologies are maturing faster than Siemens Gamesa expected. “We [also] see that the appetite from customers is much, much stronger than we anticipated. They’re willing to put money on the table. We see RFIs [requests for information] and RFOs [requests for offer] popping up all over the world, in the US, in the UK, the Netherlands, South Africa.”

Pritil Gunjan, the senior research analyst at Guidehouse Insights, told the event that according to her company’s data, about 400MWh of long-duration energy storage had been installed worldwide last year — roughly 3% of the global storage market.

“But by 2030, we believe there will be about 30,000MWh installed, which basically represents 40% of the global storage market. So there is a very steep growth curve.”

Of course, long-duration energy storage — which is often defined as longer than the four hours of continuous output allowed by lithium-ion batteries, up to days’ or even weeks’ worth of output — can provide the energy system with a lot more tools than just ancillary services and curtailment reduction.

One potential application that is much talked about — including in Chile, where it is a requirement — is “firming up” wind or solar plants to enable 24-hour output.

Ed Porter, business development director at Invinity Energy Systems, which lays claim to being the world’s leading vanadium flow battery developer, told the roundtable that its storage technology is being installed in South Australia to “oversize” a large PV plant. 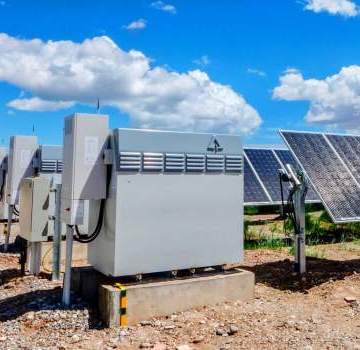 “Essentially, what we’re allowing the site to do is we’re oversizing the solar, so there will be curtailment on the inverter and we’re running that curtailed energy into the storage… and that’s where that business case comes from.”

Wind-energy pioneer Henrik Stiesdal — whose eponymous company has its own hot-rock thermal storage technology — explained how crucial long-duration storage as more and more variable renewables come onto the grid as countries ramp up to meet their net-zero emissions targets.

Stiesdal said that studies in his home country, Denmark, showed that a power mix of 40% wind can provide 40% of the country’s electricity needs (when discounting the use of international interconnectors). But greater proportions of variable wind cause problems for the grid.

“If we have 100% wind penetration relative to our gross electricity consumption, you only get 60% [of electricity needs] covered by the wind. The rest has to come from somewhere else.

“At 150% penetration, we can get 65% of our load covered with wind power. If we have four hours of storage, the figure on an annual basis grows to 70%. If we have one day of storage [ie, 24 hours], it grows from 70% to 85%; ten days, 95%. These are the figures that drive the motivation for longer than lithium’ batteries four-hour level of storage.”

The panellists agreed that one of the main challenges of the long-duration storage market is a lack of knowledge about the sector from policymakers and grid operators in many countries — and a lack of favourable regulatory frameworks.

“What we are seeing is that regulatory frameworks are not keeping pace with the technology and the customers or the market,” said Schumacher. “And I think that’s very, very crucial. We have to work on that because currently actually what we are doing is, to some extent, hijacking incentive schemes in certain markets which are actually not meant to support storage, for example, but mitigate grid stability issues or decarbonizing of energy-intensive industry.”

Schumacher continued: “We see many Western European countries where the role of storage is not clearly defined. Is it a generation asset? Is it a consumption asset? Is it a grid component? And this missing definition directly translates into the business case, because how can it be that we have to pay taxes twice — once while we are charging and while we are discharging?

“Of course, we need a mindset that understands that storage is not just storing energy as such, but that storage system can provide much more services in order to enable 100% renewables.”