The might of metals in the clean energy transition

By Thomas M. Kostigen for Greenbiz 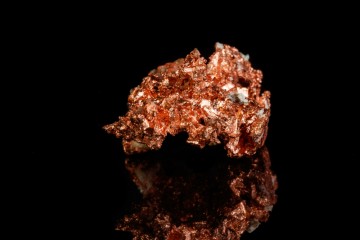 Metals. It isn’t often that we — most of us, anyway — think about them. They are like water or packaged foods, things that appear out of a faucet or on a grocery store shelf as if by some magic inception. But there is a scientific beginning to metals. And it’s something we ought to be thinking about, increasingly so. Here’s why: Minerals are critical to the transition to clean, green energy. Copper supplies, for example, need to increase by as much as 6 percent per year to meet the goals laid out in the Paris Climate Agreement. Copper is needed for wind farms, solar panels and electric vehicles. Other metals supplies need to rise, too, in order to get companies and countries to their carbon neutrality goals — phasing out fossil fuels.

Yet global metal production is in decline. Global metal exploration budgets are down 11 percent in aggregate from 2019 to 2020, according to S&P Global Market Intelligence. Investment in copper exploration is down 24 percent.

Less exploration is no way to meet what promises to be the biggest shift in energy supply since the rise of oil at the turn of the last century.

Even the Trump administration, which tried to stop the pivot to alternative energies, realized late in the game that mineral mining was exigent. In December, it determined that the dearth of critical minerals was a national emergency, and urged by executive order a proliferation in mining.

Metals are needed for more than batteries, windmills and solar power, of course. They are also critical to national defence. Metals are used in high-tech devices, aircraft engines and rockets, among other military equipment. (Hence the label of critical minerals.)

Beyond the geopolitical divide, there is an economic incentive for the U.S. to fill the mining gap.

To be sure, mining companies see the opportunity, but environmental, social and governance (ESG) issues and investors are — ironically — getting in the way of the green transition. “How minerals are produced and the carbon emissions created during their production are under more scrutiny as manufacturers face pressure from governments, investors and end consumers for a cleaner, more ethical supply chains,” EY says in a report, “Why mineral supply may be an e-mobility roadblock.”

Terrestrial mineral mining produces substantial environmental degradation, from digging up soil, destroying habitats and producing enormous amounts of toxic waste, not to mention the carbon emissions coupled with the loss of carbon storage from the excavation. More than half of the world’s lithium resources come from Argentina, Bolivia and Chile, where miners compete with farmers for water resources. Lithium is crucial to EV batteries, and it takes nearly 2 million tons of water for every ton of lithium mined. Millions of tons of lithium are needed for the green energy transition.

Green businesses could find big opportunity in focusing on a clean metals’ solution. Investors too can play a part by embracing and backing cleaner, greener minerals extraction concerns.

More amenable mining, to the ESG community at least, lies with recycling metals. But that also means more carbon emissions from melting, processing and purifying metals. 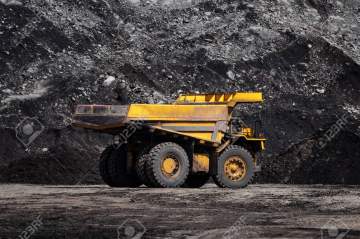 Collecting ocean nodules — clumps of rock deposits found on the seafloor — is a relatively new idea to replace land-based mineral extraction processes. Ocean nodules contain four minerals deemed most critical to building a global renewable energy infrastructure: nickel; cobalt; manganese; and copper. All of these can be found in nodules in the Clarion Clipperton Zone, a remote part of the Pacific Ocean. There are enough of these nodules there — billions of tons — to service the entire need of the clean energy transition. And deep-sea nodule collecting reduces by about 90 percent the amount of carbon emissions produced by terrestrial mining. Still, the International Seabed Authority has issued only 18 licenses to organizations for nodule exploration. That doesn’t mean extraction nor processing, which could take years.

None of this solves the immediate need of increasing metals supplies. Ramping up terrestrial mining may have an inverse climate effect — creating excessive carbon emissions in material production rather than material use. Facilities that reuse metals could be a solution. Although while that may curb some virgin mining, it still will come with a carbon emissions’ price. And deep-sea nodules seem the most promising in terms of reducing climate impact while at the same time solving the need for minerals, it’s going to take a while to bring that source online (unless the Biden administration, or others, fast track development).

Meanwhile, the green energy transition is rearing to go. President Joe Biden signed the Paris Climate Agreement on his first day in office. The European Union announced plans to spend more than $1 trillion over the next decade on a clean energy economy. China wants to become carbon neutral by 2060. And electric vehicles are expected to reach some 250 million units by 2030.

All of this activity translates into a huge need for metals, which is a problem in search of a solution. And climate change can’t be fixed until the metals problem is solved.

Green businesses could find big opportunity in focusing on a clean metals’ solution. Investors too can play a part by embracing and backing cleaner, greener minerals extraction concerns.

There is an old saying about the person who got the most rich during the Gold Rush was the one who sold diggers shovels. Metals may be today’s shovel version of that adage.

Content in the public domain and is for general information purposes only, with no representation, guarantees of completeness, warranty of any kind, express or implied regarding the accuracy, adequacy, validity, availability, completeness, usefulness or timeliness of any information contained within. Please also excuse any syntax as authors and reposted articles are sourced from global origins. UNDER NO CIRCUMSTANCE SHALL WE HAVE LIABILITY TO YOU FOR ANY LOSS OR DAMAGE OF ANY KIND INCURRED AS A RESULT OF THE USE OF THIS REPOSTED ARTICLE. THE USE OF THIS ARTICLE AND YOUR RELIANCE ON ANY INFORMATION CONTAINED HEREIN IS SOLELY AT YOUR OWN RISK. VANADIUMCORP ALSO ASSUMES NO RESPONSIBILITY OR LIABILITY FOR ANY ERRORS OR OMISSIONS IN THE CONTENT OF THIS ARTICLE.