From inventing the vanadium battery to presenting awards to young engineers, Emeritus Professor Dr. Maria Skyllas-Kazacos considers her greatest achievement to be her family. 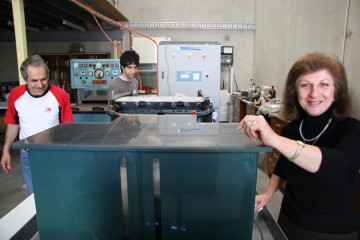 An award-filled career – In Profile

Emeritus Professor Maria Skyllas-Kazacos graduated from UNSW with an Industrial Chemistry Engineering degree in 1974, winning the University Medal. She completed her PhD in 1978 at the UNSW School of Chemical Technology. During her post-doctorate fellowship at Bell Laboratories in the US, Maria made a chance discovery of soluble lead ions in the charging and discharging reactions of a lead-acid battery. Her paper about this discovery was awarded the Royal Australian Chemical Institute’s Bloom-Gutmann Prize for the best young author under 30.

It was the first award of many in an outstanding career:

From award recipient to award presenter 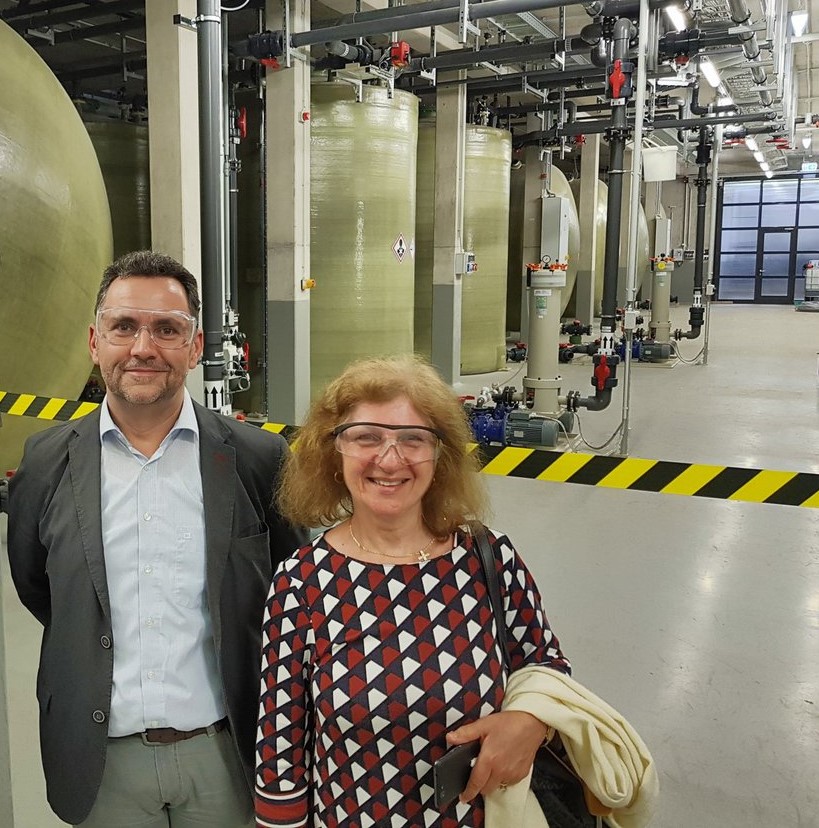 In 2013, Maria presented one of two UNSW Women in Engineering awards. The Maria Skyllas-Kazacos Young Professional Award for Outstanding Achievement is awarded to a UNSW Faculty of Engineering female alumnus. The award, which has been presented twice, is named after influential female engineers with strong ties to the Faculty. “It was a great honour to have an award named for me,” says Maria.

She is proud the award promotes young women who have made significant achievements in engineering. Past recipients have developed commercially available 30-day contact lenses (now used by more than 125 million people) and reduced water waste.

Inventing the vanadium battery and her work today

As an electrochemist, Maria’s knowledge of energy storage led to work in 1984 on redox flow cells. She and her co-workers selected the element vanadium since it exists in many oxidation states that could be used in both the positive and negative half-cell solutions, thereby eliminating cross-contamination by diffusion across the membrane. Although other groups had previously suggested vanadium ions for use in redox flow batteries, the low solubility of the pentavalent species made a vanadium-based cell impractical. Maria’s discovery that you could prepare highly concentrated pentavalent solutions indirectly from the more soluble tetravalent ions, combined with a fortuitous scraping of the carbon electrode that made the vanadium oxidation-reduction reactions reversible, led to the filing of the first patent for an all-vanadium redox battery in 1986.

Maria continues to build on her pioneering work on the vanadium redox battery.

The vanadium battery is regarded internationally as one of the most feasible energy storage technologies available. The battery helps reduce fossil fuel consumption and greenhouse gas emissions by meeting the growing need for efficient renewable energy storage.

Maria continues to build on her pioneering work on the vanadium redox battery. Her work investigates ways to get more power from each battery to bring the cost per kilowatt down. “Achieving cost reduction is a big focus now,” says Maria. “There are many different ways of doing it in the scientific sense – not only with cheaper, lower-cost materials but also improving the performance of batteries.”

Before the vanadium battery project, Maria worked with aluminum and molten salt. Together with her colleagues, professors Barry Welch and Jie Bao, she is working with one of the biggest aluminum companies in Dubai to develop advanced diagnostics, fault detection and control systems for aluminum smelters. “We’re now trying to apply some of these ideas to vanadium batteries as well,” says Maria. “[We’re] looking at using the same sort of methods to ensure good operation and long life.” 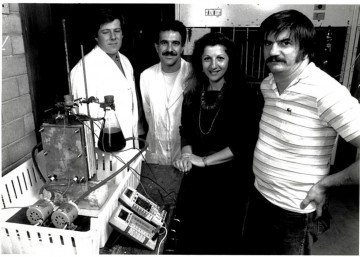 Several companies are now producing vanadium batteries around the world, including Sumitomo Electric Industries in Japan and Gildemeister in Austria. A Gildemeister battery is soon to be installed in the Tyree Building with funding from the Solar Flagship.

For all her success, awards and inventions, Maria is most proud of her family. “I have three sons and now two granddaughters,” says Maria. “That’s what I see as my greatest achievement.”

Her husband, Michael Kazacos, who is also a scientist, worked as her project manager for many years as they applied for grants together. He has also supported her at home, allowing her to focus on her research. “My husband realized early on that I had an important opportunity and he wanted to support me in that,” says Maria. “So he took a secondary role in terms of the work but a primary role in looking after the kids, especially after school.”

Maria’s advice for engineers trying to manage a career and family is to consider investing in your partnership by working out roles and responsibilities. “You have got to have both partners contributing,” she says.

“I have three sons and now two granddaughters. That’s what I see as my greatest achievement.” Emeritus Professor Maria Skyllas

Maria says she was fortunate to enroll her children in activities and schools that were close to her work. Being able to work flexible hours were important, too, and she encourages workers to seek support from employers where possible. “If the workforce expects workers to be there 12 hours a day, it’s going to destroy the family.”

Although Maria has officially retired, she continues to dedicate her career to supervising research students in areas such as the modeling and control of energy systems. “Well, I love what I do,” she says. “Why should I stop doing what I enjoy?”