The Lac Dore Project is adjacent to Blackrock Metals Inc.’s Southwest and Armitage vanadiferous titanomagnetite deposits, on which a 2014 Feasibility Study has been conducted and which are currently under development with the support of the Quebec government.

The Lac Dore Project contains several zones of disseminated to massive vanadiferous titanomagnetite. Limited confirmation drilling carried out by the Company in 2013 intersected several magnetite bearing units (the so-called P2 and P3 layers) over a strike length of approximately 1 km. These intersections have been previously reported and returned in-situ magnetite grades of between 13.10% and 43.78% magnetite, in-situ vanadium grades of between 0.05% and 0.63 V2O5, and magnetite vanadium contents of between 0.31% and 1.69% V2O5, as indicated in the table below:

The Company intends to implement a drill program aligned with recommendations from Micon International Limited’s NI 43-101 technical Report on the Company’s Lac Dore VTM Project dated October 11, 2018. These recommendations included the drilling of 35 sections spaced 50 meters apart with a minimum NQ-sized core. Drill holes are to be inclined toward the northwest, perpendicular to the dip of the magnetite-bearing layers. An estimated total of 16,000 metres of NQ drilling is expected during this program, which will include the Lac Dore East & West deposits held by the Company. 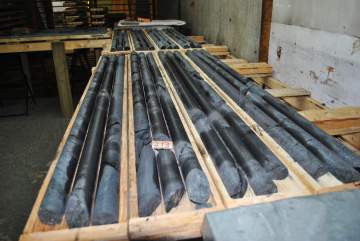 The objective of the drilling is to validate the extensive historical drilling and trenching that was carried out on the property since 1958 and to confirm the extent and grade of vanadium, titanium, and iron mineralization on the Lac Dore mining claims. Mineralized intersections will be tested using a combination of assays, Davis Tube tests, and other magnetic tests to assess the head grades of vanadium, titanium, and iron as well as the magnetite proportions and the vanadium grades of the magnetites. The Company aims to use the results of the drilling to estimate a Mineral Resource for the deposit.

VanadiumCorp Resource Inc. plans to develop it’s 100% owned Lac Dore and Iron-T vanadium-titanium-iron assets adjacent to the Blackrock Metals project. The Blackrock Metals project is currently in the process of being permitted with the intention to build a mine and mill to produce a vanadium-rich magnetite concentrate. Well-developed infrastructure at the nearby mining town of Chibougamau, including a 161kV Hydro Power at ~$.02 kWh, CN Rail Line, available water, local airport, and a mining community of over 7,000 means that the Lac Dore Project is well-positioned to take advantage of the strong vanadium market driven by supply shortages and growing demand from the Chinese steel industry as well as the growing use of vanadium in energy storage. The Company is also developing it’s jointly owned “VanadiumCorp-Electrochem processing technology” (VEPT), a novel chemical process invented by Dr. Francois Cardarelli that allows for the direct and sustainable recovery of vanadium, iron, titanium, and silica from feedstocks such as vanadiferous titano-magnetite, iron ores and other industrial by-products containing vanadium. 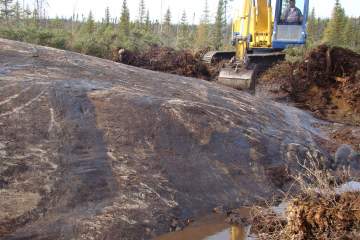 Dr. Luke Longridge, Pr.Sci.Nat., an independent qualified person as defined by National Instrument 43-101, is responsible for the technical content contained in this document.  Dr. Longridge has reviewed and approved the technical disclosure in this news release.

On behalf of the board of VanadiumCorp: